It had long been an ambition of mine to go to the Bavarian Forest National Park to photograph some of the larger predators that freely roam the continent of Europe. So I joined a four day workshop run by Chris Weston in October to have a closer look at some of the beasties on offer. Having already had the privilege to be up close and personal with Brown bears and Wolves in the wilds of Finland, I was particularly interested in photographing the Eurasian Lynx on this trip.

The Park is situated in the Eastern Bavarian Forest, on the border of Germany and the Czech Republic, covering a size of 24 250 hectares. At the centre of the park are the large wildlife enclosures that house all the various species in the park. All the usual suspects roam around in the large enclosures and you can see the following: Eurasian Brown bear, Eurasian Grey wolf, Eurasian Lynx, Wild Boar, Wisent (European bison), Wildcat Otters, Red Deer, Elk, Beaver and a variety of birds.

I have to admit that when I booked the trip, I was a little apprehensive because of my loathing of zoo’s. I was pleasantly relieved to find that is place is no zoo. Apart from two enclosures (Wildcat and Owl, which were on the small side) the enclosures are large with a lot of natural vegetation and no concrete in them. There are several viewing platforms dotted around the park and from the photos below, you can see that its possible get loads of natural looking photos. Because of the size of the park, I didn’t look for some of the smaller critters because I wanted to focus on the lynx, bear and wolves. I was hoping for a little snow and the weather obliged with a good dump on the second day. This made for different photos from the first day which was darker and more overcast. I have to admit that that having a 500mm lens helped as the animals are on occasion, a fair way off due to the size of the enclosures, but I didn’t mind as this made for more natural looking photos.

On the second night Chris and Monique managed to get the vehicles stuck in the snow on a steep incline. We all had a laugh but soon were pushing them out so we could return to the hotel. Coming from Africa, where I am used to pulling vehicles out of sand and mud, this was a surreal experience. 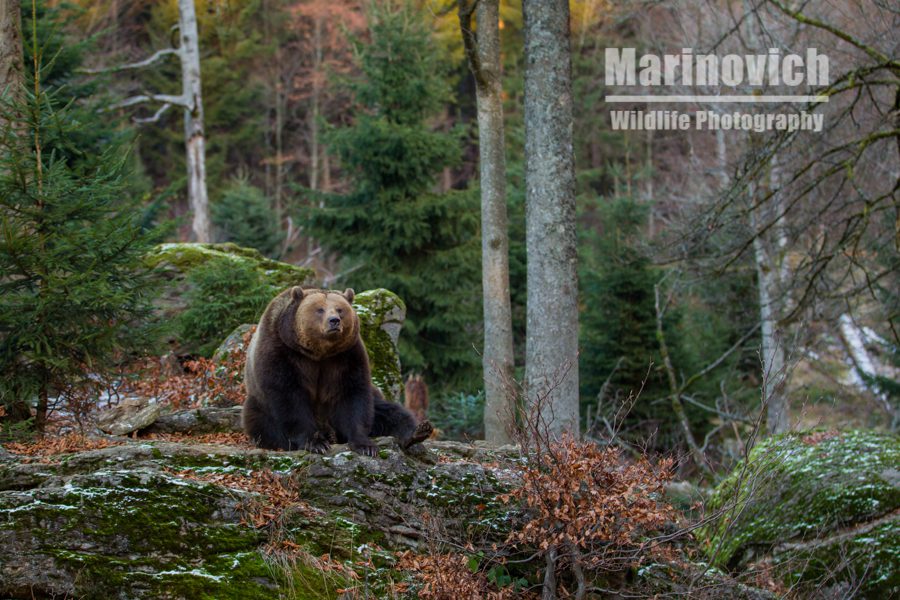